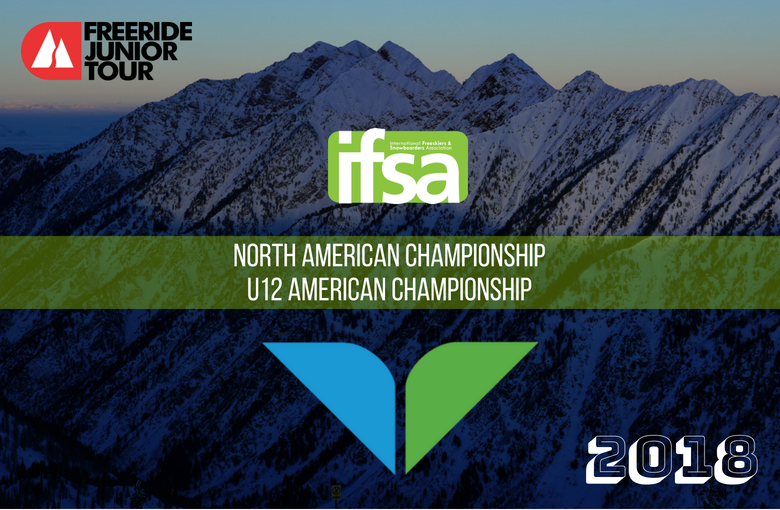 The best junior freeriders in Canada and the USA all descended upon Snowbird in early April, 2018 to prove their mettle on the storied steeps of Little Cottonwood's Snowbird Resort.

Each year, the top IFSA Junior Freeriders find themselves upon a mountain specially selected by the IFSA to compete against the best ladies and fellows in their division. Each April, invited athletes battle it out at our annual IFSA North American Freeride Championship and the U12 American Championship. Because it features the longest seasonal operations in Utah, close proximity to an international airport, and legendary Freeride terrain, Snowbird Ski Resort was chosen as the venue for our 2018 Championships. (Previous championships have been held at Whistler, Kirkwood, and Grand Targhee.)

Through the course of the week, April 11-15, 2018, we experienced no less than 3 season's worth of weather. The U12 event dawned on a beautiful spring day with near perfect snow conditions for competitive Freeride and balmy temps that were much appreciated by the spectators. The clouds darkened and a storm rolled in on Thursday, walloping the area with over 40" of perfectly dry Utah powder.

To kick off the festive week, the U12 riders enjoyed a fantastic day at Snowbird on the Silverfox venue. The sun was shining and these young rippers were keen to ride the fox in the soft, velvety spring snow. Riders effortlessly sailed through the tight choke of Death Chute or the oft-visited Meatball air. The clouds rolled in and provided a fresh coat of snow Thursday morning, slowing the progress of the competition and providing an extra visibility challenge for our youngest riders. Both Kai Jones and Bodhi Yang busted out memorable airs, clinching 1st and 2nd place respectively. Awards took place in Snowbird's Cottonwood Room to much fanfare. The younger riders appreciated the presence of the older divisions cheering them on and there was a thrill in the air at the promise of more storms overnight. 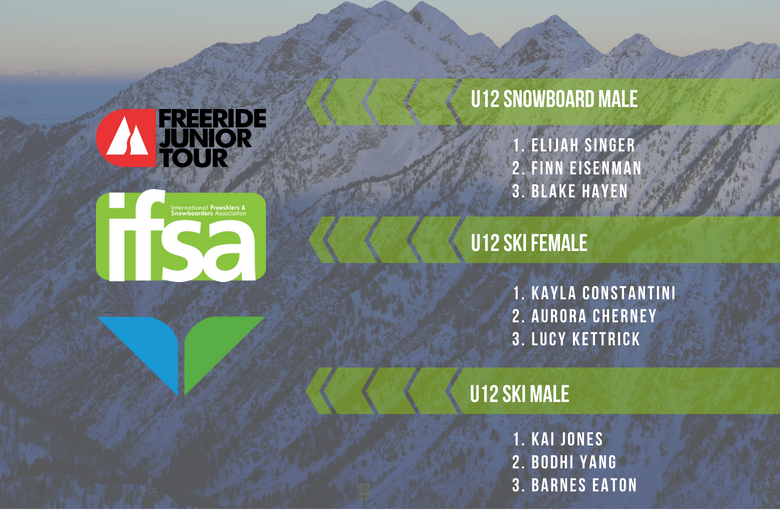 For the 12-14 and 15-18 athletes, the start gate was moved higher up beneath the Macaroni Chute on Friday morning. A fresh blanket of snow covered the venue, disguising the tracks left by our stomping U12ers. For a recap of the competition for our 12-14 and 15-18 division athletes, check out the highlights reel below by former IFSA Junior, Ben Turok.

The snow continued overnight and absolutely perfect conditions at Snowbird were presented to our 15-18 division riders. A thick blanket of fresh snow covered the Silver Fox venue, which glistened underneath clear, blue skies. "These were some of the best conditions I've seen for a competition ever. Great snow, perfect weather, and everyone just threw down. The riders took advantage of the day and absolutely sent it, the level of riding was phenomenal and it was an honor to judge these athletes," says one of our Head Judges, Brant Moles. With less favorable weather on the horizon, the riders knew that Saturday's powdery conditions were as good as it would get.

Unfortunately, Mother Nature had other plans for our final day of competition. Clouds scudded across the sky and when the qualifying riders arose early to hike the storied steeps of Mount Baldy, the snow underfoot was rock hard, unyielding, and crunchy. Further, the clouds and flat light presented additional challenges. Calls were made to delay the comp to see if the snow surface would warm up. Ultimately, due to safety concerns, the day's competition was cancelled. All qualifying runs would stand as final runs and the awards would be handed out.

A raucous ceremony was held on the Snowbird Plaza to hand out over 70 awards! We had all the podium finishers for each division in the 12-14 and 15-18 age groups. We then honored the overall IFSA champs for every division now that NorAm Scores had been tallied. The Mayor of Freeride election results were announced, congratulations to Mr. Cole Wettersten, who took home this honor, presented by former Mayor, Mia Winans. The Flyin' Ryan awards were announced, thanks to many nominations from coaches and parents. Huge congrats and respect goes to our honorees, Karina Jorgensen-Fullam from the Whistler Freeride Club and Josh Gold of SquawFree!

This event always caps off our Junior Freeride season and it's such a thrill to bring together so many families, coaches, and athletes. We turn our eyes to Canada for next year's North American Championship. We can't wait to announce the 2019 venue! 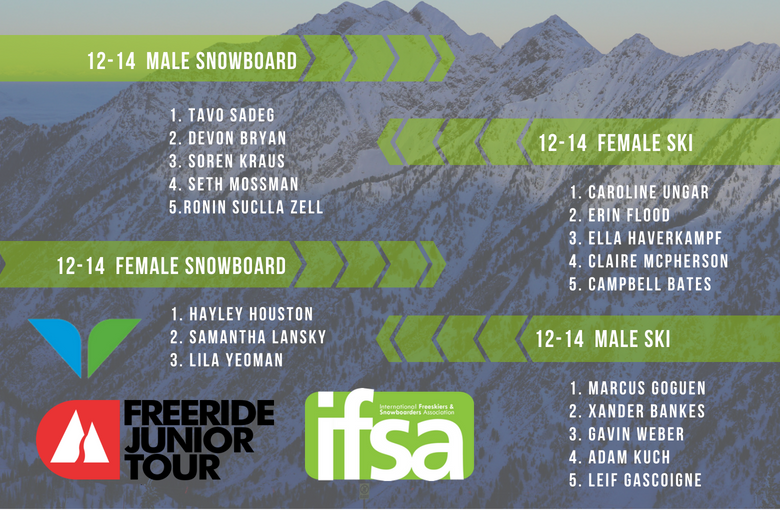 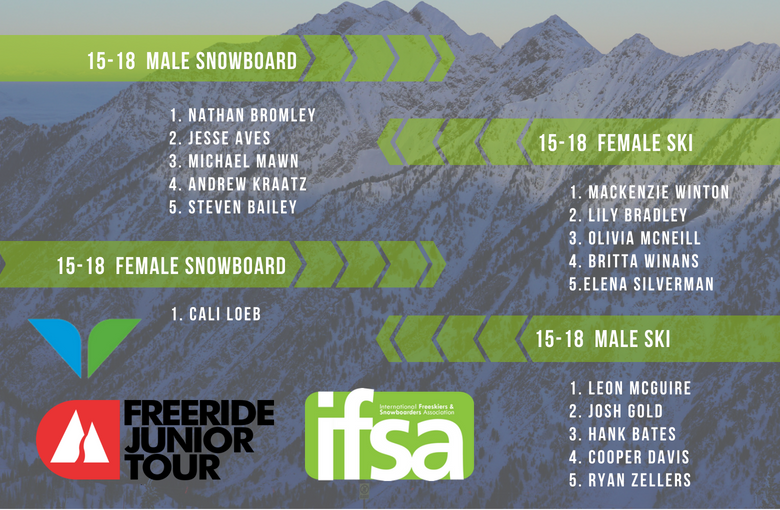