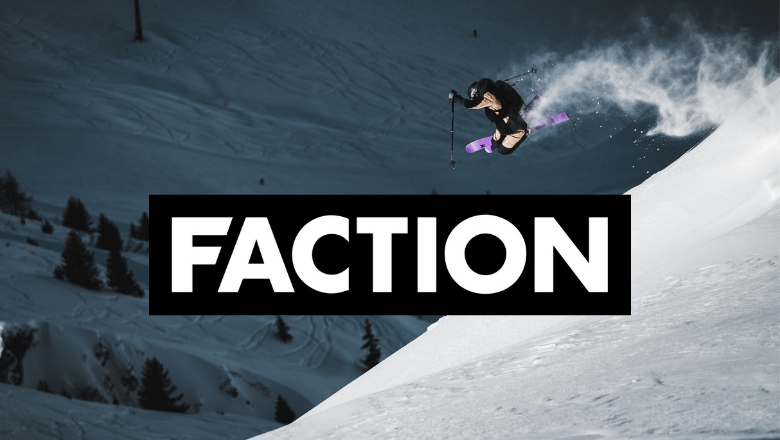 For the 2020-2021 season, IFSA partners with Faction Skis to bring the best Freeride skis to IFSA ski athletes.

IFSA is incredibly excited to announce its new partnership with Faction Skis. Faction, based in Verbier, Switzerland, and operating with offices and teams around the globe, has been committed to producing premium, high-performance products for Freeriders since 2006. Faction also sponsors one of the most robust athlete teams in the industry. It is a natural fit for Faction to partner with the leading organization in the realm of big-mountain Freeride competition in North and South America.

Faction offers five premium ski series to meet the demands of high-caliber freeskiers. IFSA members are eligible for Faction’s “standard team discount” on products across all five series. Additionally, a special discount—exclusive to IFSA—has been made available to IFSA members for the following models:

IFSA members with a current 2020-2021 membership may unlock their discounts by simply joining Faction’s The Pro Collective.

To join, visit: factionskis.com/pages/pro-collective
Proof of active membership is required

“The team at Faction is proud to craft skis that are fit for purpose and built to last,” says North American Marketing Manager, Henrik Lampert. “Top industry professionals including mountain guides, patrollers and instructors rely on our products, as do Faction’s elite Freeride World Tour athletes. We’re confident that IFSA competitors at every level may trust our skis 100%, so that they can focus solely on their line down the mountain, not whether their skis will perform.”

“We look forward to welcoming IFSA competitors into The Pro Collective family,” adds Lampert. “We’re not certain how this ski season will shape up on account of the pandemic, but we have a saying here at the office: ‘In 20|21, skiers will ski. And Faction skiers will ski more.’ We appreciate the IFSA members checking out our products, and I welcome them to utilize our live chat to ask questions.”

ABOUT FACTION
Faction Skis is spearheaded from the Alps, in Verbier, Switzerland. Faction’s North American headquarters & showroom is located in Denver, Colorado. The company is independent and backed by over 400 investors. The Faction Collective is comprised of skiers, mountaineers, artists, filmmakers, engineers, partners, dreamers and doers, united by a love for the mountains and the world’s finest tools of escape. Visit factionskis.com for more information.

FACTION'S 20 | 21 SKI COLLECTION
Faction is incredibly excited to unveil its most comprehensive, best-engineered ski collection to date. The 20 | 21 line-up is the culmination of years of progressive research and development; extensive testing; and massive investment in state-of-the-art manufacturing.

Faction offers five premium ski series to meet the demands of every freeskier.

There’s a lot to love between the new, award-winning free-touring skis in the Agent Series and the heap of new and updated skis across Dictator, Prodigy, Outcast, and the Candide Thovex Signature Series. IFSA skiers with a 2020-2021 membership are eligible for special discounts on Faction Skis. 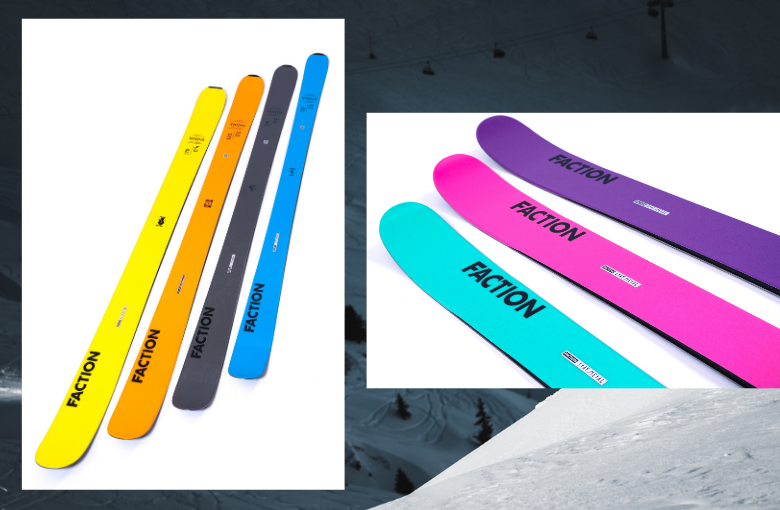 IFSA members will be especially fond of the Dictator 3.0, 3.0X, and 4.0 models for Freeride competition. The Dictator Series boasts two full sheets of metal for fast, stable charging; a more playful flex pattern than other full-metal skis, making it easier to handle; plus elliptical sidecut, full camber and tip & tail rocker, so you can easily enjoy making long arcs and short radius turns, plus react instantly in moguls, trees and choppy snow.

IFSA members will also love the free-touring Agent Series for their uphill skiing needs (don't miss the IFSA + CAST TOURING partnership for discounts on Cast bindings)! With a lightweight Karuba wood core backed by a full carbon weave, these are touring skis that put huge emphasis on the downhill experience. Day tour, weekend trip, week-long expedition or inbounds, this is your one ski to do it all. 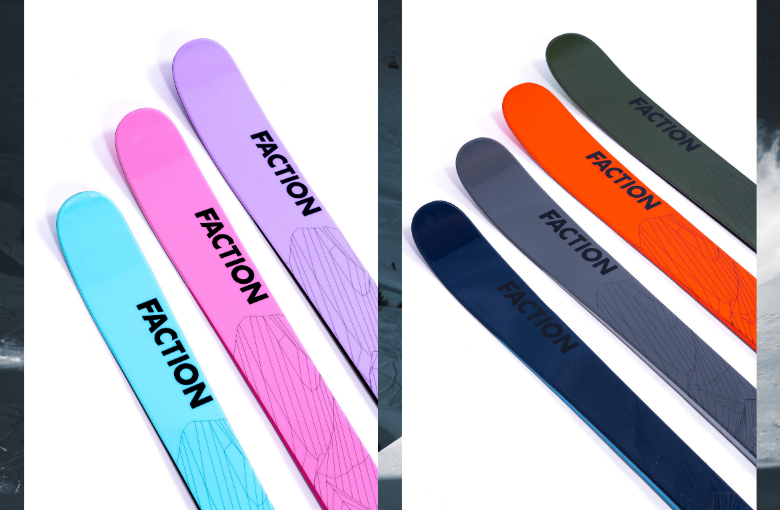 FACTION CONSTRUCTION
The 20 | 21 collection features quality assurance second-to-none. Faction’s massive investment to shift manufacturing into world-class factories is without question the largest shift seen across the industry. Over 90% of the 20|21 collection is produced with Austrian manufacturing partners — soon to be 100%. Faction’s skis are built to last. Pair new factories with Faction’s veteran engineering team and the result is the highest quality product Faction has ever produced.

Daniel Tanzer and Oliver Binder are among the most respected engineers in the industry, having been with Austrian-based manufacturers for many years. With leadership from Josh Cohen who has been with Faction from its inception in 2006, the product team is purely world-class. The hardgoods experts are backed by Faction’s full-time Quality and Sustainability Manager—a Swede and former Volvo engineer by the name of Sara Asmoarp—who proudly works to uphold premium quality across Faction’s product ranges, as well as minimize Faction's impact in its supply chain and its manufacturing.

FACTION AWARDS
Faction’s 20 | 21 collection has won coveted awards and medals in this season’s foremost Buyer’s Guides, across both unisex and X Series offerings. The X Series is built for women who rip; ”X” branded skis feature the exact same construction as their counterparts in the main, unisex range, and are differentiated solely by lengths & artwork.

IFSA is thrilled to offer exclusive access to the most rippin' Freeride skis in the universe. We look forward to watching our ski athletes slay this winter! 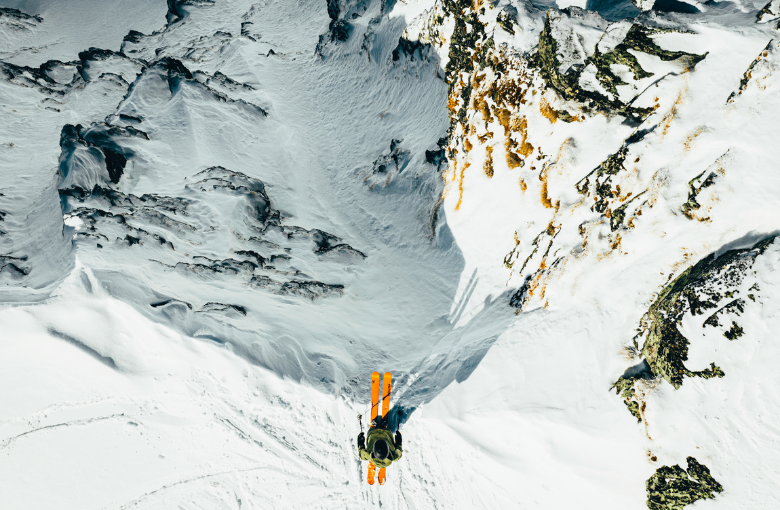 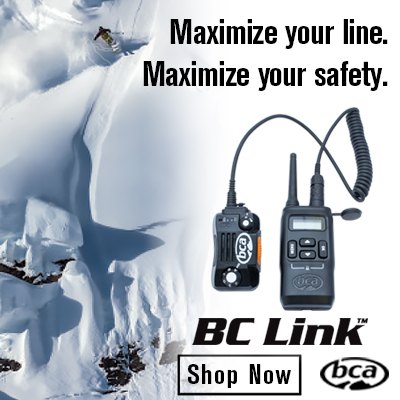